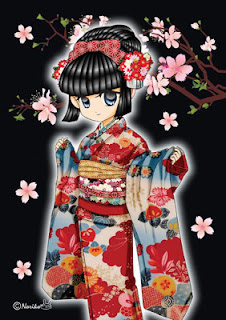 The Warp Zone Art Show 2015 is proud to showcase the work of Tokyo-born artist Noriko Aoki (AKA Tokyo Doll).

From 1992-1995, Noriko worked as a pixel artist for Nintendo, Bandai and Banprest. Specializing in Gameboy and Super Nintendo games, projects under her belt include Fatal Fury 2, Crayon Shin-Chan and Super-Deformed: The Great Battle, a Japan-exclusive game featuring chibi versions of popular Japanese heroes Kamen-Rider, Ultraman and Gundam.
Moving on from the tough world of games, Noriko later became a User Interface Designer for Nokia Japan. Applying her knowledge of pixel art, she designed icons, animations and the layouts for the Nokia Asian market.

In 2002 she came to the Netherlands and currently resides in Utrecht with her husband. She now applies her creative talents to manga, art prints and freelance manga portrait drawing. 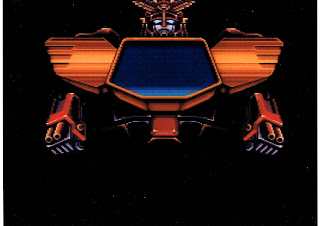 Unused, Never-Before Displayed Artwork from “SD: The Great Battle”. One of Noriko’s rare pieces that will be for sale during the Warp Zone Art Show 2015

Noriko graciously sat down with us at Warp Zone and shared some of her experiences working as a pixel artist in Japan during the early 1990’s. Her answers reveal much about the extreme work ethic and restrictions the artists were put under when creating artwork for games. 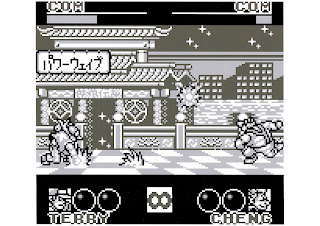 Fatal Fury 2 on Game Boy, background art by Noriko. Prints of Noriko’s background work will be available at the Warp Zone Art Show 2015

What are some notable game projects you worked on?


“I worked for two subcontracting companies: One was the subcontractor for (mainly) Bandai, while the other was for Nintendo. In the 90’s, most companies were independent. For example, “Square” and “Enix” were different companies (Now Square Enix), as well as “Bandai” and “Namco” (now Bandai Namco Entertainment). 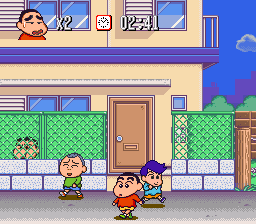 What was it like working with the hardware of the time when creating pixel art?


“Drawing pixel art requires special techniques that apply a trick of the eye. It's not a ‘piece of cake’.

In my working era, there were no Windows OS. We worked with MS-DOS based computers. The hardware was NEC PC9801, a Japanese computer, connected with a special SCSI that connected to a TV monitor. We drew graphics on the PC while checking the TV monitor because the result on PC screens and TV monitors is different. Red in particular was hard to get right.” 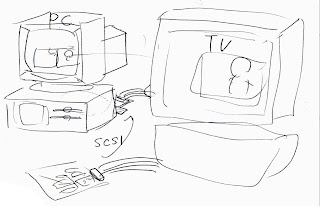 How do you look back on your time working on games?


“Hmmm... There was no time for thinking. My memory is just sitting in front of the computer all the time because the working schedule was mostly from 9:00 to 23:00 including Saturday and Sunday. During the hardest times, we took sleeping bags into the office and continued to work. There were always conflicts between people in this stressful environment. To tell the truth, the company I worked for was practically a sweatshop: they never followed the Labor Standards Act. Not only my ex-companies but also many game and anime companies have the same situation in Japan, even today.

Playing games is fun but working in the games industry is hard. No holiday, low salary, no overtime payment and often working all night long. I quit my games job because my health was being affected by the hard work.” 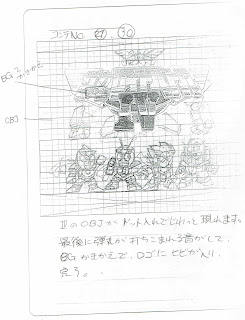 Storyboard excerpt for the opening cinematic to “SD: The Great Battle” drawn by Noriko. This hand-drawn original storyboard will be on display during the Warp Zone Art Show 2015

What have you been doing since '95?


“After video games I worked a regular job. Through my pixel art experience though, I was eventually employed by Nokia as a User interface designer. At this time, mobile phone graphic were created using pixel art. Nokia work was an easier job with a higher salary than in games. After that I got married to a Dutch guy and moved to the Netherlands. Now I’m back into manga because I was a professional manga-ka before I was a game graphics designer in Japan.”


Is there anything you would like to add? Any interesting stories orprojects you'd like to let the readers know about?


“It's interesting to hear that some young people are interested in pixel art. At the moment I don’t have any game projects but I am creating my own original manga.” 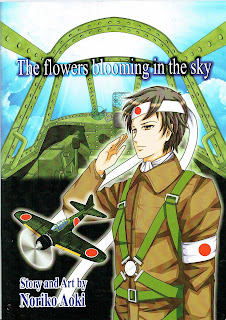 Manga “The Flowers Blooming in the Sky” by Noriko

Noriko will be just one of the various Netherlands-based artists exhibiting during the Warp Zone Art Show 2015, invading Amsterdam September 5th in the Vondelbunker. Visit our blog for more information on this year’s exciting art show! http://warpzoneamsterdam.blogspot.nl/

Visit this year’s show and see relics from Noriko’s time working as a pixel artist in Japan. Items on display include never-before seen storyboards, level layouts and official company pixel artist reference material. Manga and signed prints by Noriko will be available during the show, including rare, unused pixel art pieces. Warp Zone the only place in the world where these pieces are available so be sure to come and see them!
Event Facebook page: https://www.facebook.com/events/1601702346753754/

And of course, visit Noriko’s website for more information on her fantastic manga comics, prints, manga portraits and other artistic endeavors: http://tokyodoll.web.fc2.com/
Posted by Molly Heady Carroll at 23:17