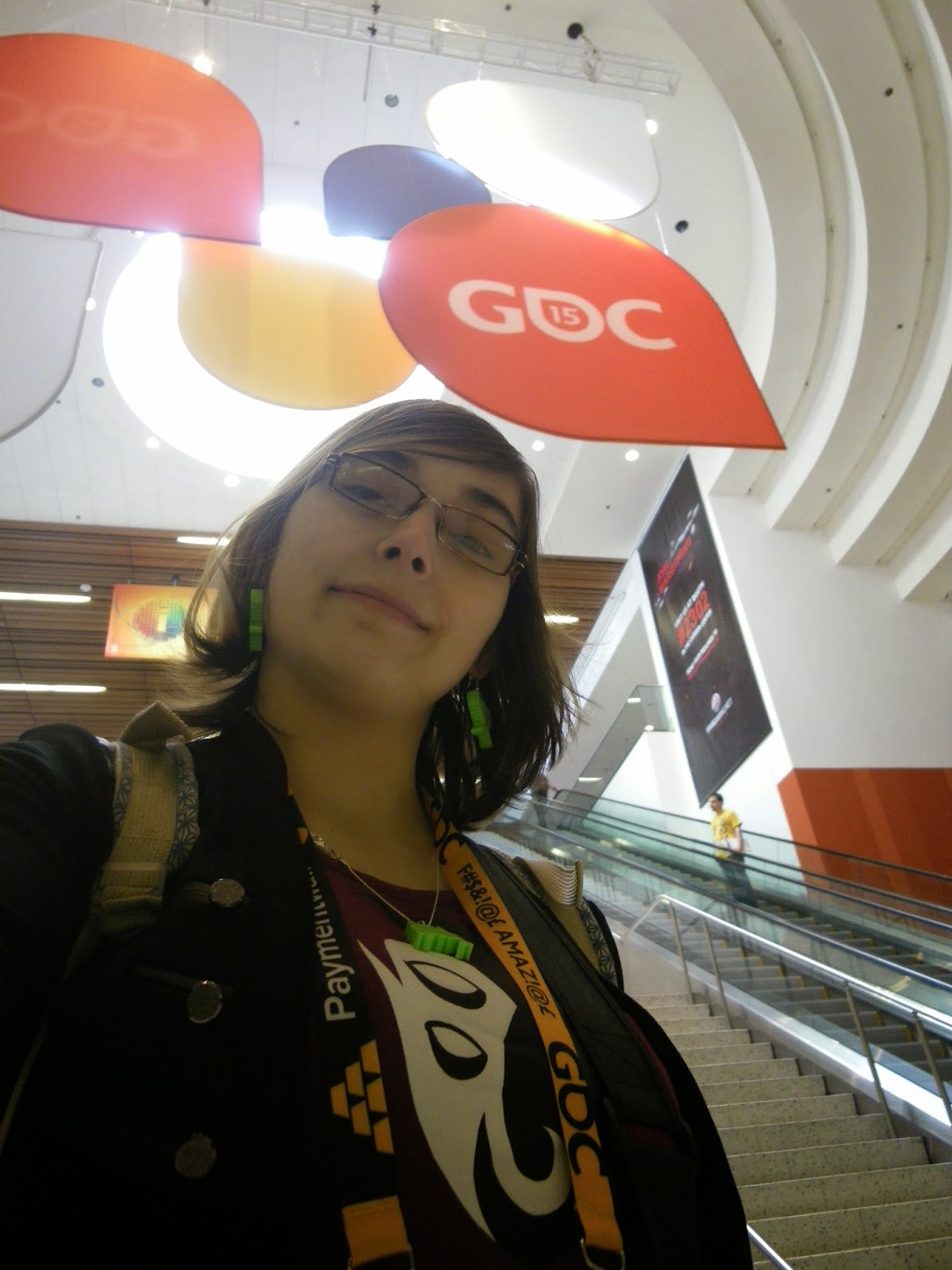 GDC 2015 is behind us and I'm both exhausted and pumped to work on games again. I heard some say they felt small compared to all the amazing games, people and projects they were exposed to at GDC but honestly, it makes me feel bigger. The games industry is an incredible community of creative, passionate and lovely people and I’m proud to be a part of it. GDC showed me that all creative walks of life matter and are important. So big or small, indie or AAA, experienced or just starting out, keep making games you guys!
I saw so many great games and I wanted to share some of the projects I discovered at GDC. This article is for those who couldn't make it to GDC or maybe missed some of these games.
Not all of these games are new but I hadn't been exposed to them until GDC 2015. So here we go! In no particular order, let’s begin with:


Desert Golfing by Justin Smith
Sometimes you see something that makes you think: “Why didn’t I think of that? Its so simple!” That’s Desert Golfing. Perfectly crafted for the smart phone platform, playing Desert Golding was a relaxing zen moment during the hectic GDC experience.


Down the Drain by Cubicorn Games
Cubicorn is clearly a team that care about games. You can feel the passion they have both through their work and in person. Sweet and silly, Down the Drain is as charming as the team itself.


Hellblade by Ninja Theory
The work of Ninja Theory Art Director Alessandro Taini is a breath of fresh air. His non-games background and keen interest in fine arts gives him a unique approach to Game Art Direction. Hellblade promises to be a nightmarish depiction of hell borrowing the best elements of Surrealism and Avant-Garde Performance Art. I sincerely hope it lives up to its intended experience.


How Do You Do It? by Nina Freeman, Emmett Butler, Decky Coss, and Jonathan Kittaka
The element I like best about How Do You Do It? is that it uses a type of play that people try to hide, not admit to or never think of as play: making your toys have sex. When I was playing How Do You Do It?, a person walking past gasped and shouted in horror: “What is this game about??!!” Games like this have to exist so that sex stops being taboo in games.


Kitty Powers’ Matchmaker by Magic Notion
Unlike most dating games, Kitty Powers’ Matchmaker is about the awkwardness of dating. From its smart-arse humor to the hilarious FMV Game-Show inspired trailer, Magic Notion crafted a game with a lot of personality. The character generator reflects the creators’ understanding of real people. My favorite element is the “Guilty Pleasures” that each generated candidate has: personality traits that go against everything else reflected in their character type.


Plug and Play by Mario von Rickenbach and Michael Frei
Plug and Play reminds me of Flash art animations I used to watch back in the 90′s. I’m surprised their aren't more interactive experiences like this but I suppose scarcity makes them even more special when you happen upon them. Its short but well worth the experience because it is so well crafted, animated and delivered.


Project Spark by Microsoft Studios
I wasn't interested in Project Spark until it was demoed to me. Although it has limitations, it reminded me of the level editors I used to play with when I was a kid. The idea of young XBox One owners experimenting with Project Spark and learning the joy of game creation made me feel warm and fuzzy. The visual  interactive interface is extraordinary and reveals the systematic structure of programming. Its not for me but I did realize the potential of the software and its very exciting.


Road Redemption by Dark Seas Games
Arcade racer and spiritual successor to the once great Road Rash series, Road Redemption is a game that seems to be designed purely to have fun. I was born in the 90′s so I like motor cycles and senseless, over the top violence by default. I’m looking forward to smashing my friends in the multiplayer!


Tetrageddon Games by Nathalie Lawhead
Nathalie Lawhead’s award acceptation speech during the Nuovo Award at IGF was a highlight of GDC for me. Clearly very nervous and surprised to be standing in front of thousands of people, she gave a from the heart, touching speech expressing her love of games and pride to be part of such a creative community. Just like her speech, Tetrageddon is a from the heart, lovingly made creative explosion that only could have come from Nathalie. The expression of creativity radiating from this charming collection of games is proof that you can and should create work that is entirely from yourself. These games make me want to make games.
Posted by Molly Heady Carroll at 03:53